By Annie Yang/Executive Secretary of TACPS

The 5th ENCATC & 1st TACPS Academy“International Cultural Relations: New Initiatives in Taiwan, East Asia, US and Europe” was held on November 14-15 in Taipei Artist Village. During the one and a half day meeting, academics, researchers, cultural professionals, policy makers and artists in East Asia, US, Europe and beyond discussed different uses and understandings of culture in external relations, including the fostering of transcontinental cooperation, mutual understanding and engagement. The event was opened jointly by: Annick Schramme, President of ENCATC; Jerry C.Y. Liu, President of TACPS; Hung Meng-chi, Minister of Culture, Taiwan; Gerald Lidstone, Director of ICCE, Goldsmiths; Hsin-Tien Liao, Dean of College of Humanities, NTUA, Taiwan; Madeleine Majorenko, Head of Office, European Economic and Trade Office; and Audrey Wong, ANCER Co-coordinator, Singapore. The Academy was a result of synergies between cultural networks of TACPS, ENCATC, AAAE, NTUA, ANCER, KCTI and 2016 ICCPR. The Academy was also the occasion to explore new initiatives and the potential of a network among networks, or even a global network of cultural policy in the future. 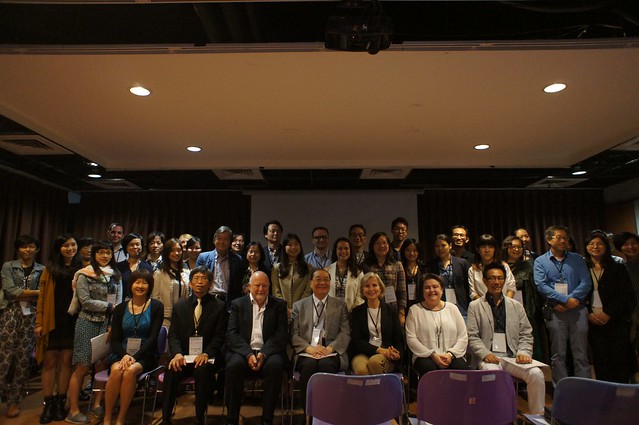 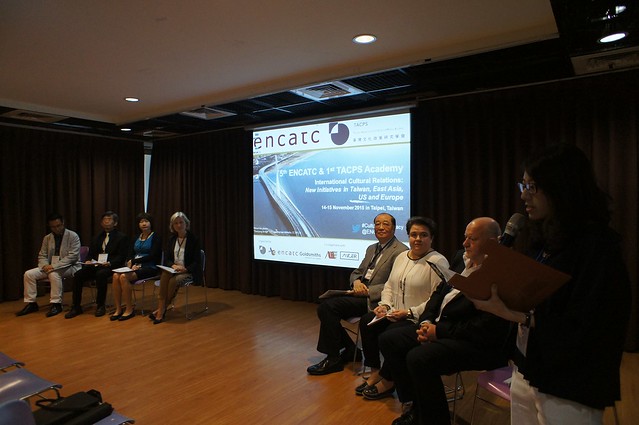 In Session A, What’s Next for culture in External relations in East Asia, Europe and the US, Prof. Gerald Lidstone and Dr. Carla Figueira delivered lectures on “Through Others Eyes. How the World sees the United Kingdom: Understanding Brand Market Research,” and “To See and To be Seen: Public Perceptions Studies and Soft Power Indexes.” Both lectures emphasized the importance of culture as a soft power. Culture is not just culture. A nation’s l cultural image abroad does influence trade, diplomatic, and cultural interests. Every country needs to note the importance of forming a baseline of reliable data to be used for targeting its work and measuring its effectiveness. So, we will know its true cultural strength and make the best use of it. 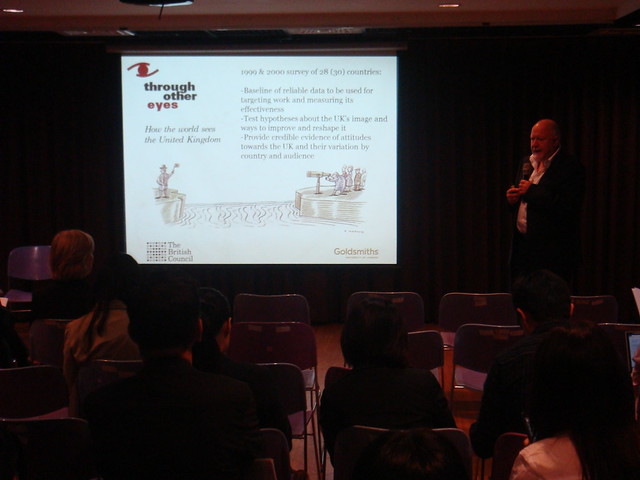 (Prof. Gerald Lidstone on “Through Others Eyes. How the World sees the United Kingdom: Understanding Brand Market Research” ©TACPS) 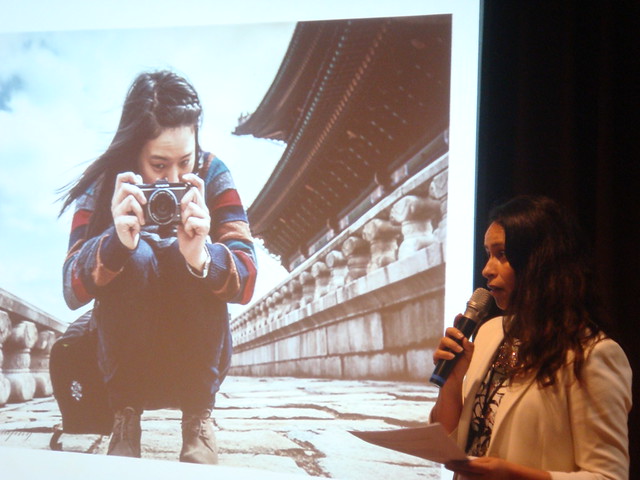 (Dr. Carla Figueira on “To See and To be Seen: Public Perceptions Studies and Soft Power Indexes.” ©TACPS) 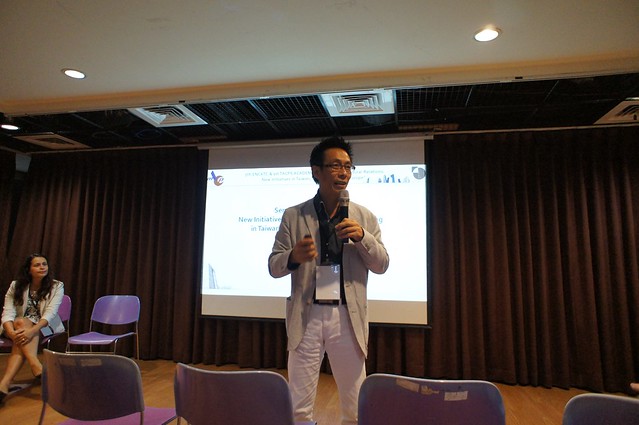 Prof. Jerry Liu’s lecture “Sense and Sensibility: New Initiatives of Cultural Policy Networking in Taiwan, East Asia, US, and Europe,” raised the difficulties to strike for a balance between sense and sensibility, and to leverage between cultural values, political powers, and economic interests in the field of international cultural policy networking. Facing international political realties, the best way to respond is to take initiatives. Liu thus proposed to initiate the Taipei Process (Taipei—Cambodia—Seoul—Valencia—Japan—Taipei) in 2016, to seek the possibility of an Inter-Continental Confederation of Cultural Policy, or Global Network of Cultural Policy and Management. 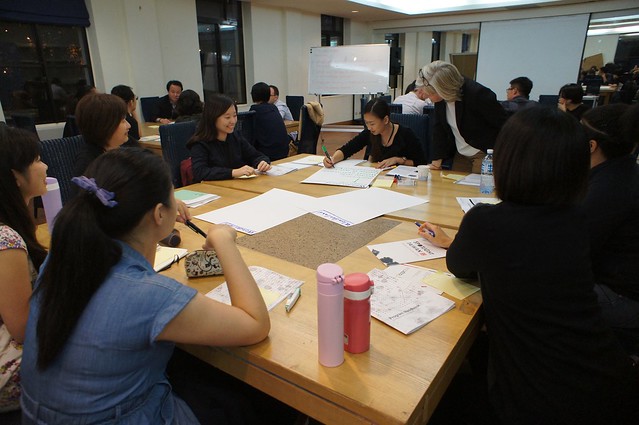 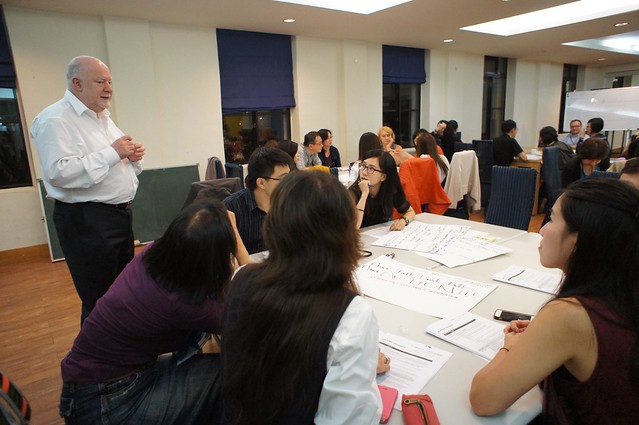 Session B. Actors, Policy Development and Implementation of International Cultural Relations, covered the theme of the increasing importance of networking and new initiatives in international cultural diplomacy and exchanges. Prof. Hsin-Tien Liao delivered his keynote on “The Unspeakableness of Cultural Diplomacy Inside/Outside of Taiwan.” He commented on the complicated relationship between Taiwan and China, and reminded the audience of the negative side of so-called cultural diplomacy. Liao stressed the “unspeakableness” of the cross-straits cultural diplomacy facing China’s forceful intervention, including Taiwan’s right of discourse on the international stage, and Taiwan’s national and cultural identity. Liao concluded that it is vital for us to consider things from different perspectives. Only by doing so, can we see through the paradoxical political correctness and keep our own position. 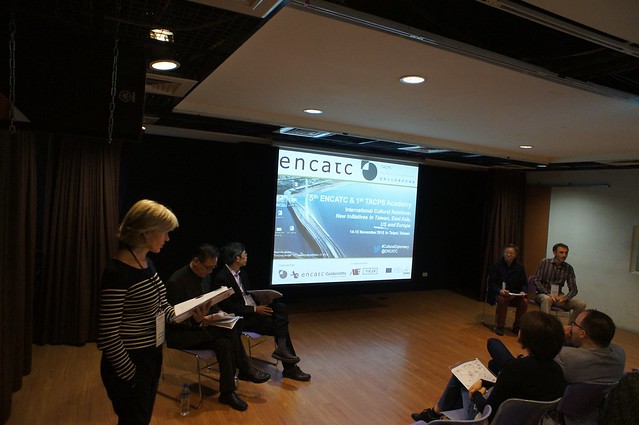 The second keynote “France’s Cultural Exchanges: New Tools, New Initiatives. The Click Road and Footpaths” was delivered by Jean-Francois Danis, the counselor of Ministry of Culture, ROC. Danis introduced the objectives and targets France holds to deal with cultural issues, and pointed to new challenges coming from digitalization and multiculturalism. To cope with those new challenges, France came up several new initiatives, such as decentralized cooperation, cultural diversity, and open partnerships between public and private, national and local level. Tools are always challenged by constant socio-economic changes or crisis, so the most important thing is making the way towards sustainable relationships. Panelists in this session, Dr. Kyuwon Kim and Dr. Akira Okuma then extended the discussion to the Korean and Japanese context.

The ANCER session: New Voices and Cultural Networking in Asia further problematized the notion of cultural networking in Asia today, by juxtaposing the narratives of internationalization/globalization and nation building/regionalization. There are two speeches concerning the recent situation in Southeast Asia. Audrey Wong worked on the issue “From Individuals to Networks: the Influential ‘networked’ Arts/Cultural Worker in Southeast Asian Networks” and Dr. Aleksandar Brkic delivered on the “Role of Cultural Networking in the Era of Quantum Reality”.

Audrey Wong emphasized the increasing importance for individual practitioners in art and creative sectors to have a professional network not only to widen opportunities for employment, but also for other creative or artistic action such as cross-cultural exchanges and advocacy. Dr. Brkic brought up the concept of the “lifecycle” of international cultural networks. The world nowadays is changing rapidly, so is the way we see the world. Therefore, we need a more flexible and energetic way of networking to associate with different countries/areas, and to really take actions and let the people’s voice be heard. 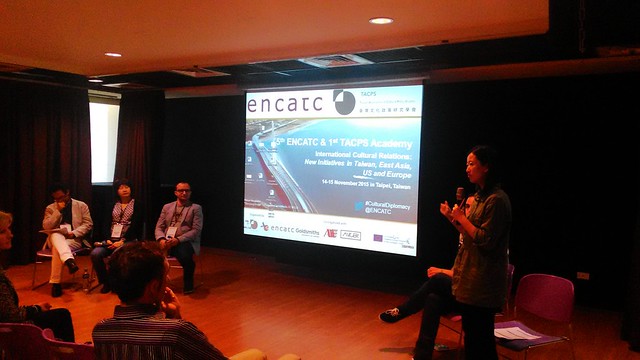 Kai Tim Brennert and Catherine Lee joined the panel discussion and gave examples of Cambodia and Taiwan. Catherine Lee is the Assistant Director of Bamboo Curtain Studio in Taiwan. She shared how the studio works as an international art network, and echoed on the difficulties of lifecycles and intergenerational cultural networking. Mr. Brennert provided the case from Cambodian Living Arts Project. He also emphasized the importance of the cooperation between networks.

In session C, Effective Planning, Monitoring and Evaluation of Culture in External relations, experts asked what effects do international cultural cooperation programs carry? How is or could external cultural relations be assessed in Taiwan, East Asia and Europe? 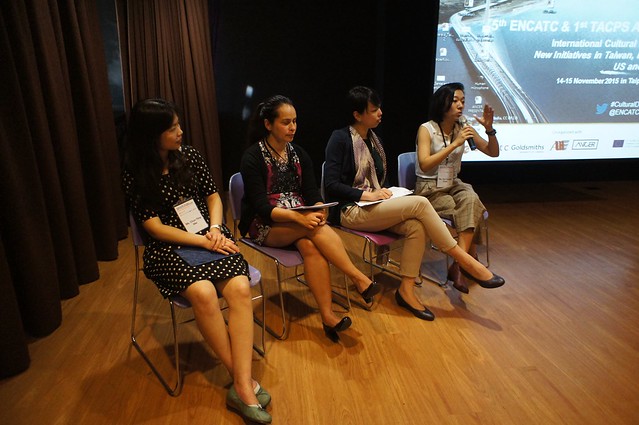 Ms. Kai-Chuan Chao addressed on “EU Cultural Policy and its Role in External Relations- the Taiwan Example”. Chao first summarized the subsidiary role of the EU in its external cultural relations. The European Agenda for Culture developed a strategic approach to enhance its role as key contributor to the EU’s external policy objectives since 2011. Chao then presented cultural events organized by the EU office in Taiwan, and elaborated on how the Office manages and evaluates these projects. In the second keynote, Dr. Carla Figueira took on the subject of “Towards Meaningful Evaluation”. During these years, there is increasing demand for evidence-based impact evaluation of policies, programs and projects in cultural diplomacy. Governments and organizations are using different strategies and types of evaluation for this purpose, but often the tendency is to measure outputs. Figueira argued that there is a need for consistent and strategic approaches in developing and evaluating cultural diplomacy activities.

In the Closing Session, Participants also suggested to widen the definition of CULTURE, by taking issues such as healthcare, and cultural tourism into agenda. Annick Schramme reminded the Academy that we are too used to comparing ourselves with the so-called big countries like France, China and Britain, and taking them as models to learn from. Maybe Taiwan should also try to look at smaller countries, like Belgium or Denmark. The smaller, the smarter. In terms of setting cultural policy, the big countries tend to be more active and more on purpose, while in small countries, the rules were created more naturally and with more flexibly. 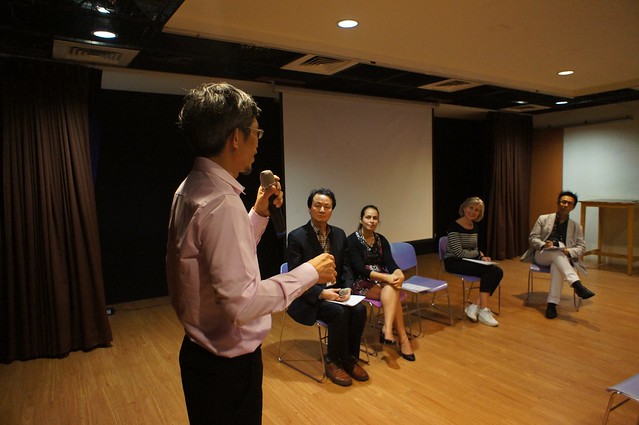 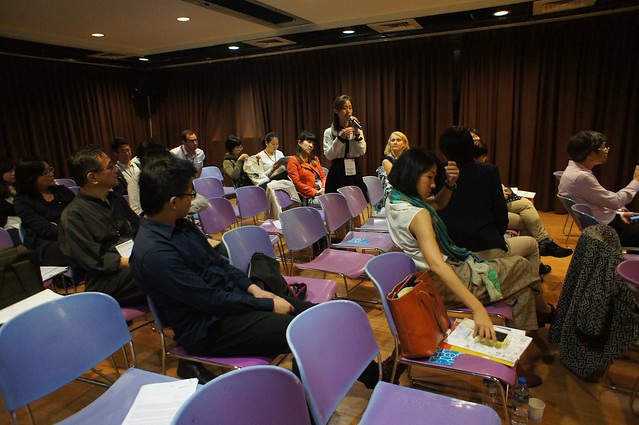 Speakers and participants gave positive feedback to the Academy in the closing session, and they reflected on issues such as: a more flexible cultural networking and governance organization; the powerful role of artists and civil societies in international cultural diplomacy; and the necessity for an adequate model of “Cultural Impact Assessment”. The Academy has been significant in fostering constructive Asian-Euro cultural dialogues. Organizers and co-organizers of the Academy shared their will to enhance collaboration and networking among TACPS, ENCATC, AAAE, NTUA, ANCER, KCTI, and ICCPR in 2016.